In 2012, the tobacco control landscape began to change with the prevalence of electronic smoking devices (ESDs) increasing. This year, the state legislature introduced the first bill to regulate ESDs and while it didn’t pass, it started an important conversation around these products.

We also worked with advocates to help pass a Smoke-Free Public Housing law (vetoed by Governor Abercrombie) and we worked with the Hawai‘i State Department of Health and the Hawai‘i Public Housing Authority to help implement smoke-free policies to protect children, elderly and those with chronic disease who live in public housing.

Once again, bills were introduced attempting to exempt some businesses from the Smoke-Free Workplaces law. Thanks to your support, these efforts failed.

This year, we also bid a fond farewell to our executive director of nine years, Deborah Zysman. After an extensive search, I was named the executive director in October 2012. Our board also made the commitment to begin to broaden our scope beyond tobacco. With the help of the National Network of Public Health Institutes and the California Public Health Institute, we began the process of creating a public health institute for Hawai‘i.

This was a year of change and we appreciate your continued support. 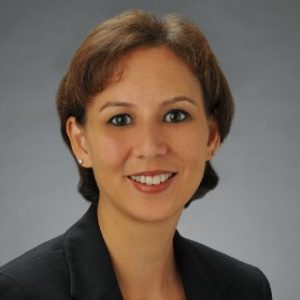 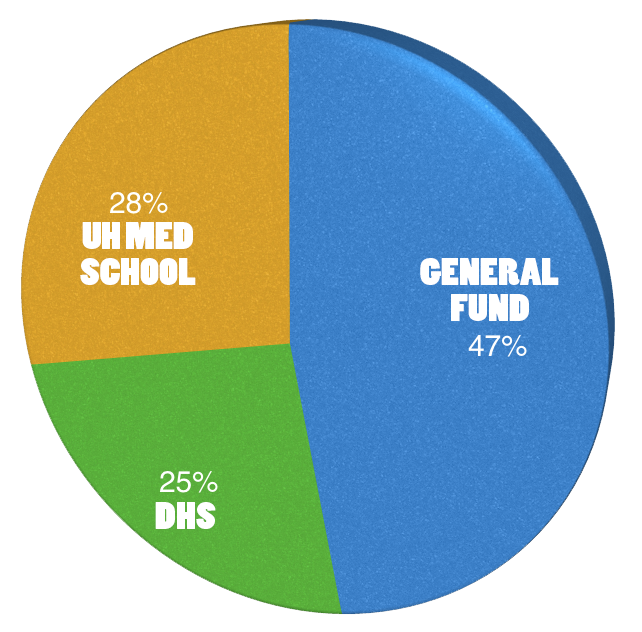 In 2012, the Coalition spent 60 percent of its activities towards and experienced a high level of success with protecting and maintaining tobacco-free policies. The bill aimed at weakening the smoke-free workplace failed and there were other successes towards increasing smoke-free beaches and parks and public housing.

Secondhand smoke: An advocate-led campaign resulted in a bill passing the state legislature that would prohibit smoking in public housing, but ended up being vetoed by Governor Abercrombie. Kauai County also attempted to tackle secondhand smoke with a bill to prohibit smoking at county beaches and parks, however the bill ultimately failed.

On the bright side, the City and County of Honolulu introduced a bill to prohibit smoking at parks and beaches which will be carried over and considered in 2013. We also continue to support an ongoing campaign by students to make all University of Hawai‘i campuses tobacco-free.

The Coalition and it’s partner REAL worked with youth and adult advocates in support of bills that would eliminate self-service displays for all tobacco products and place restrictions on tobacco advertisements. This effort was not successful in 2012, but created a foundation for forward movement.

The importance of countering the tobacco industry’s practices of product placement at a child’s eye level  and next to candy items and of requiring retail outlets to create a colorful “wall of tobacco advertising” as you enter the store must and will be addressed.

This is blatantly targeting youth to be replacement smokers and requires an ongoing educational campaign to inform lawmakers, youth and the general public. Don’t worry — we’re on it!

Since the establishment of the Tobacco Settlement Fund in 1999, the Coalition and the State Department of Health have been working to reduce the harm of tobacco use in our state.

Hawai‘i has made great strides in lowering rates of cigarette use among both youth and adults, In fact, we’re well ahead of the population of the United States as a whole.

While great progress has been made, our work is not done. 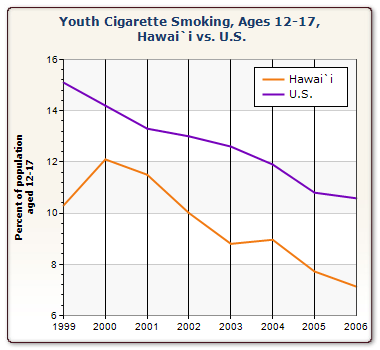 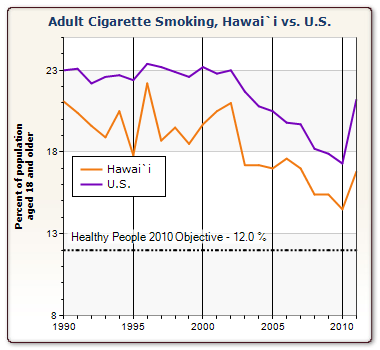 Mahalo to Our Donors

85% of your contributions go directly to programs, trainings and advancing policy across the islands! 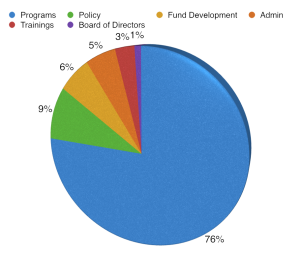 View Them Here
Scroll to top