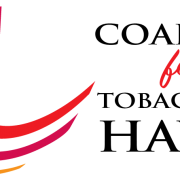 It’s not everyday that you get to pose a question to a CEO, let alone the CEO of Altria, the largest tobacco company in the United States. But that’s exactly what Youth Council members Theresa Ng and Chanel Matsumoto did when they awoke at 3:00 a.m. on May 20, 2021, to join a meeting as part of Mobilize Against Tobacco Lies, a month-long series of events with students from across the country.

Theresa and Chanel received proxies from Corporate Accountability so they could attend the annual shareholders meeting, held virtually this year, and ask CEO Billy Gifford their questions. Their well-researched and pertinent questions put Gifford on the spot, as they pointed out that while Altria claims to be all about youth prevention on their website, the truth is that they spend millions of dollars in Hawaiʻi to defeat measures that would limit youth’s access to tobacco products, including e-cigarettes.

As many tobacco industry leaders have done before, Gifford avoided answering the questions directly, and among other statements tried to redirect with claims that Altria fully supports Tobacco 21 laws. When asked what they thought of Gifford’s response to their questions, our youth leaders had some strong words. According to Theresa, “It was beyond disappointing that CEO Gifford would throw the U.S. Food and Drug Administration under the bus, in an attempt to discredit Centers for Disease Control and Prevention guidance and decades-long science that clearly outlines the dangers of nicotine–especially for our youth.” Chanel professed similar sentiments: “It was disheartening to hear that Altria feels it’s better to focus on adult use rather than youth prevention when Altria lobbies against regulations and other preventive measures to protect our youth from nicotine.”

HIPHI applauds our youth leaders in taking a stand and speaking up for issues that are important to them and their peers and encourages our advocates to listen to the clear and compelling messages presented by Theresa Ng (view video) and Chanel Matsumoto (view video), which also include Giffords’ response to each.