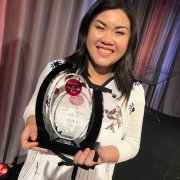 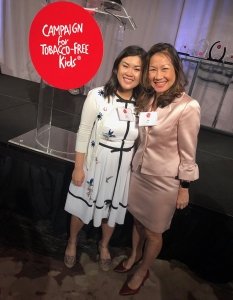 This year’s Campaign for Tobacco-Free Kids (CTFK) Youth Advocates of the Year Awards honored a Hawai‘i student and member of our Youth Council with their top award. The Award Gala, held on May 24 in Washington, D.C., recognized visionary leaders and advocates that work to make the next generation tobacco-free. Sara Kay, a Punahou senior, was among six individuals and groups honored at the red carpet event. Sara was named the national Youth Champion of the Year, the top award presented by CTFK. Of the honorees, she was the only one to address the crowd of over 400 health industry professionals gathered to honor them.

Sara has been tireless in her fight to protect her fellow peers from tobacco. As a member of our Youth Council for over two years, she has played a critical role in passing policies to protect keiki from secondhand smoke in vehicles, as well as regulating electronic smoking devices.

Her bio on the CTFK awards website provides only a brief snapshot of her impact on tobacco control in Hawai‘i:

Sara is a fierce advocate for policies to reduce tobacco use. The issue is personal for her – she lost her grandmother, a non-smoker, to lung disease, likely caused by exposure to secondhand smoke. Due in part to Sara’s advocacy efforts and the Coalition for a Tobacco-Free Hawaii’s (CTFH) Tobacco Youth Council, the City and County of Honolulu passed a law prohibiting smoking in cars when a minor is present (the measure applies to the entire island of O‘ahu). Sara has also pushed for a similar statewide law, contacting lawmakers and testifying before the Legislature in support of the proposal.  Although a statewide measure was unsuccessful, advocacy efforts passed individual smoke-free vehicles measures at the local level in each county.

Here is her award induction video…

As a leader in the Youth Council, Sara also worked to strengthen Hawaii’s statewide law prohibiting tobacco sales to anyone under 21. For her efforts, Sara was recognized as the 2017 Alaka‘i Outstanding Advocate of the Year. 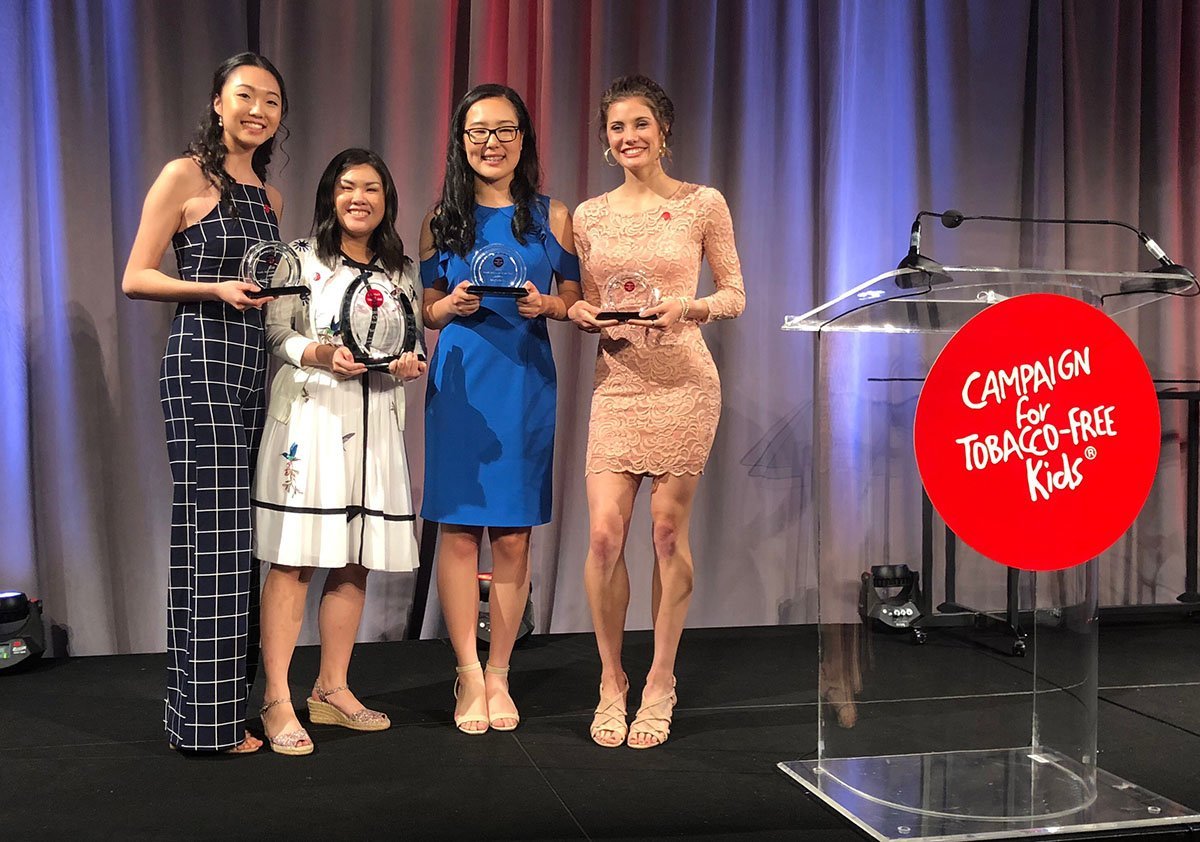 In addition to her tobacco control work, Sara is an advocate for opportunities in STEM fields for young women. After graduation, she plans to study at Dartmouth University.

We hope her passion and advocacy will inspire more youth to join the Youth Council and have their voices heard. For more information on the Youth Council, please contact Scott Stensrud, Statewide Tobacco Youth Coordinator at scott@hiphi.org or 808-591-6508.

Another Successful School Year with Our Youth Council
Scroll to top