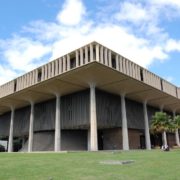 For many, the process of how an idea becomes a law can be pretty overwhelming.  Especially in Hawai‘i where there are literally thousands of bills introduced each year at the start of the legislative session. If you’ve ever wondered what it takes to turn an idea into law, keep reading as we follow our physical exam bill (SB 2387/ HB1948) — a measure that would require students to complete a physical exam prior to entering seventh grade.

Currently, physical exams are only required upon entry into the public school system, usually in kindergarten. Extending this requirement to the seventh grade provides an additional opportunity for health care providers to assess and address any health concerns before they escalate, such as obesity and behavioral health.

All bills or measures begin as an idea. Anybody can propose a bill. To craft an idea for a bill, you should be able to answer the following questions:

The physical exam bill was an idea that  came out of many discussions with the Obesity Prevention Task Force — a group of leaders from government, education, healthcare, and business sectors — that was created by the legislature in 2012 to develop policy recommendations and propose legislation on obesity prevention.

While the idea for a bill can come from anyone, only a Senator or Representative can introduce a measure.

It is important to find a legislator willing to introduce and support your proposed measure. Prior to the 2016 legislative session, the physical exam bill was presented to health champions Senator Rosalyn Baker and Representative Della Au Belatti.

Anyone can also write a bill, but legislators prefer that you provide them key points and source material that they can use in drafting the measure so that they can work with drafting agencies who are already familiar with Hawai‘i law and the required format for proposing legislation.

When a draft of the measure is ready, it is assigned a bill number by the Clerk’s office of the originating chamber, HB for the House Bill and SB for Senate Bill. It is then placed on the calendar for first reading to be introduced by the legislator.

The physical exam bill was assigned SB2387 for the measure originating from the Senate (Senator Baker), and HB1948 for the measure originating from the House (Representative Belatti). Identical bills that are introduced in the House and the Senate are called companion bills. Usually, they are introduced from both chambers to increase the chances of passage – such as when one stalls in committee, the other can still proceed. 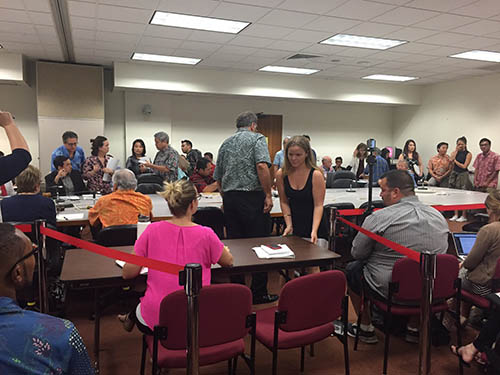 After the first reading, bills go to the Speaker of the House and/or the Senate President – leaders who are elected by their peers in their respective houses of the legislature. These leaders then refer the bill to one or more of the standing committees, of which there are 14 in the Senate and 19 in the House.

A bill is usually referred to one or more subject committees (Health, Education, Transportation, Energy, etc) and then to one of the primary committees (Judiciary, Consumer Protection, Ways and Means/Finance). You may view the list of House and Senate Committees here.

In fact, that is exactly what happened to HB1948… it was never heard! The Senate version (SB2387), however, did get a joint EDU/CPH hearing as well as a WAM hearing.

What happens when a bill is scheduled for a committee hearing?

Public hearings are scheduled in order to receive public input (testimony) on the legislation being considered, as well as to discuss any proposed amendments. The bill can be amended in committee by adding or removing language which Committee Chairs feel is necessary to improve the bill or for the bill to move forward. Providing written and/or oral testimony is a critical part of the legislative process. (If you are one of our advocates, you receive a lot of testimony requests from us for this very reason.)

It is a way for legislators to determine the merits of proposed bills and assess any public support or opposition on the issue. Testimony should be submitted at least 24 hours prior to the hearing. This allows the committee to compile and distribute the testimonies to committee members for review. Testimonies received after the deadline will be marked as late. A helpful resource to review is the Citizen’s Guide to Participation in the Legislative Process, which provides tips on how to draft and submit testimony.

Once a bill passes through its first committee (or more depending on its referral), it then needs to return to the floor for a second reading. All bills must pass THREE readings on the floor (votes of the entire Senate and House) for it to become law. Because HB1948 was never heard in committee, it is dead for the session. SB2387 was heard, passed, and amended by all its Senate committees. Each time a bill is amended, a Senate Draft (SD) number is added – SD1, SD2, etc.

When the bill reaches its third reading and gets its final floor vote (majority vote is needed to pass), it then moves to the House. This is called the ‘Crossover’ – where all bills that pass third reading in the chamber of origin must cross over to the other chamber for consideration. Like the Senate President, the Speaker of the House refers the bill to its appropriate House committees. Similar to the Senate committee process, the House will schedule their own hearings and add its own amendments and changes to the bill. In other words, the entire process the bill went through in the originating body is repeated in the non-originating chamber once the bill crosses over.

No wonder only about 10% of introduced bills pass, eh. 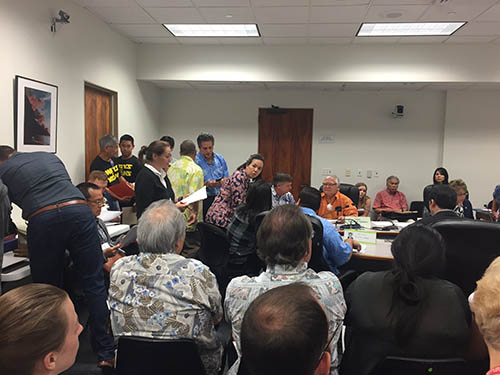 Any amendments made to the bill by the non-originating chamber will need to be reviewed by the originating chamber to agree or disagree with the changes made. In this case, any house drafts (HD) that were made to SB2387 need to be reviewed by the Senate. If the originating body agrees to the amendments, then a vote of that body is all that is needed to (finally) pass the bill out of the legislature.

If the originating chamber disagrees with the changes or if there is a defective date or any blank money amounts in the bill, the bill must go to conference committee. The conference committee is made up of both Senate and House members who then meet to compromise and negotiate on a version of the bill that they can all agree with. During conference committee, legislators meet publicly to discuss the bill but the public is unable to provide input.

SB2387 had to go to conference because several amendments were made that the Senate disagreed with.  It only took two conference meetings to pass SB2387 and agree on a conference draft. Although this was really great for us, it is often not the case. Many bills in conference remain and die until the last conference day because legislators often disagree or refuse to compromise on certain amendments.

Conference committees can meet 20 times (there is no actual limit of meeting times, just deadlines)! This is why organizations like ours really take the time to advocate on our bills and meet with legislators, especially those in opposition to help move our bills forward. We were fortunate that there was a lot of support on getting the physical exam bill to pass, including from the Departments of Health and Education.

Once SB2387 passed through conference, it went back to the House and the Senate for final reading and passed. At that time, the bill is enrolled to the governor, who can do either one of three actions: 1) sign the bill into law; 2) allow it to pass into law without signature; or 3) veto the bill. If a bill is enrolled to the governor before the last 10 days of session, then he has 10 days to sign the bill.

SB2387 was enrolled to the Governor after the session had adjourned. Any bills presented after adjournment (or prior to the last 10 days of session) have 45 days or by July 12, 2016 to be signed or vetoed. The governor however, must communicate his intent to veto by the 35th day after adjournment or by June 27.

If the governor does intend to veto, the Legislator may call a special session to override the veto by getting two-thirds of the vote of the members of each chamber. The bill dies if it fails to get two-thirds of the vote. If the bill, however, does become law, then the bill becomes an “Act” which takes effect on the “effective date” specified in the measure. SB2387 will take effect upon the governor’s approval, which is anytime from now until July 12.

And that is how a bill becomes a law. You may continue to follow SB2387’s status by going to Capitol website and typing the bill number, “SB2387” into the “Bill Status/Measure Status” box.

We hope this walk through was helpful, and we hope you will continue to support HIPHI!