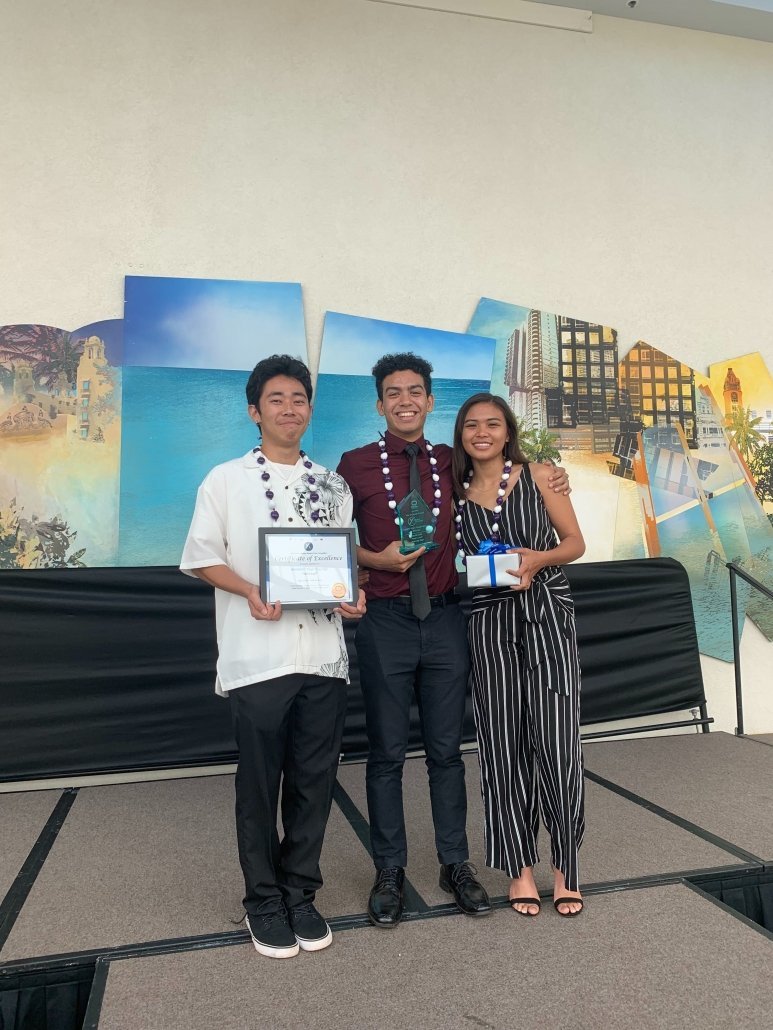 One of the keys to a successful and impactful youth counter-marketing campaign is to have youth at the table conceptualizing and creating the messages that will be directed at their peers. This strategy has formed the basis of our partnership with Searider Productions, providing HIPHI with direct access to hundreds of students in media production classes at twelve different schools, from elementary through high school.

Additionally, for the past two years, a big part of the 808NOVAPE campaign has been the sponsorship of a video category in the Olelo Youth Xchange Student Video Competition, the largest of its kind in Hawai‘i. In 2018, the first year of the 808NOVAPE campaign, we received 99 student produced videos through the category sponsorship.  In 2019, the Olelo Youth Xchange Competition saw a record-breaking 1,062 total video entries come in and we were absolutely thrilled to receive a total of 185 video entries accounting for 17% of all video entries submitted to the contest!

With the 2018-19 school year over, the 808NOVAPE campaign has been able to produce a wealth of new counter-marketing messages to roll out over the summer and well into the first quarter of the upcoming school year. The first video to kick-off the 2019 summer 808NOVAPE campaign, titled ‘Don’t Juul’, was also the first place winner of the high school division of the Olelo Youth Xchange Competition.

Created by students from Pearl City High School, the video brings attention to the fact that one single 5% strength pod from JUUL, the most popular e-cigarette, contains the same amount of nicotine as two packs of cigarettes. A very important message given the fact that a 2018 study by Truth Initiative found that 63 percent of teenagers who were using JUUL did not know that the device contained nicotine.

This PSA video will be shown at select Regal and Consolidated Theaters across the state of Hawai‘i for the whole summer. To catch the video onscreen, it is best to be seated about twenty minutes prior to the start of the feature film.

The first place winner in the middle school division went to Highlands Intermediate School, one of the twelve schools partnered with the 808NOVAPE campaign via Searider Productions. Their video titled ‘What’s in the Juice’ begins with a student looking to purchase e-liquid from a fellow student. The student then begins to make some e-juice by adding into a jar some rubber bands, lead, nail polish remover, and vegetable oil. When the student presents his fresh made e-juice to the student who asked for it, they smell the e-juice and reconsider their decision. Multiple studies have confirmed the presence of chemical byproducts found in e-cigarettes such as lead, nickel, and chemicals that are also found in nail polish remover.

The first place winner in the elementary school division went to Pearl City Elementary School for their video entry titled ‘Killer Vape’. Done in a style that resembles an infomercial, two students are showing off their new line of vape juices such as ‘Bleach’ and ‘Rat Poison’ with the tagline “the formaldehyde is so good, it’s to die for.” Multiple studies have confirmed hazardous chemicals like formaldehyde present in e-cigarette vapors caused by the mixture of propylene glycol and food flavoring chemicals.

To see some of last year’s student-produced videos for the 808NOVAPE campaign, go to 808NOVAPE.org. The 2019 videos will be available on the website and will start running in theaters in July. For more resources on vaping, visit Hawaiinovape.com. Or contact our YEPP coordinator, Kevin Ramirez, at kevin@hiphi.org.