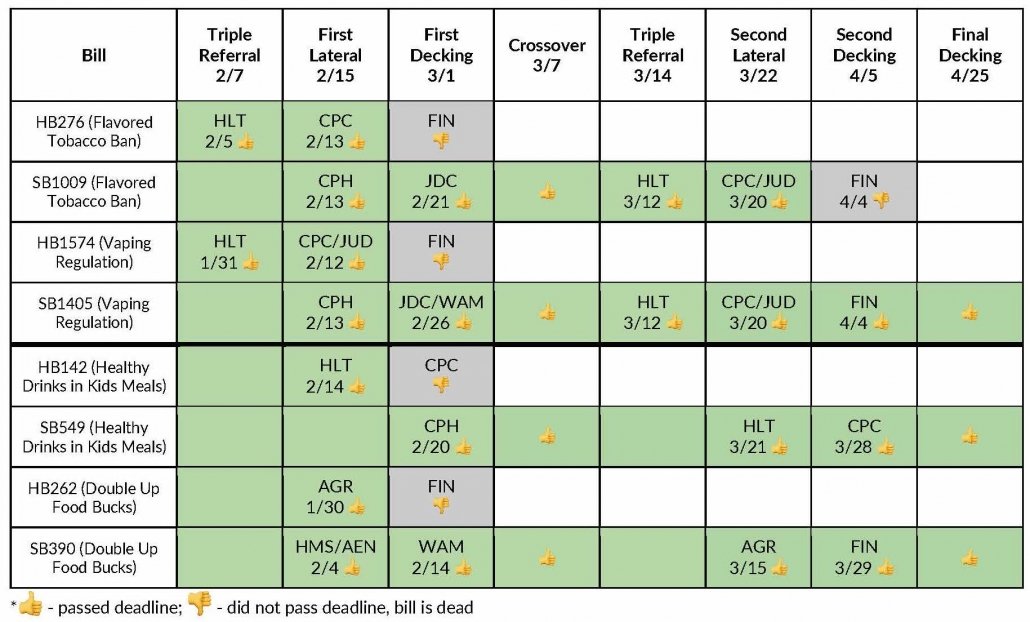 Thursday, May 2, was sine die at the State Legislature, the closing of the 2019 Legislative session. After many committee hearings, discussion, and negotiation, 298 bills passed the legislature and will now go to the Governor to be signed into law. This is about 9.5 percent of the 3,142 total bills that the House and Senate introduced this session.

Now that the dust has settled, we thought that it would be a good opportunity to provide an update on how HIPHI’s priority bills fared during the legislative session. A full summary on additional tobacco control,  healthy eating + active living, and other public health legislation will be provided in our 2019 Legislative Recap. The recap will be launched at our 2019 Summer Social on Thursday, June 20 at the Pacific Club! Early bird pricing ends on June 7, so get your tickets today!


Candy Flavor Prohibition – Bills to end the sale of flavored tobacco products, including e-cigarettes, failed this session. Our public campaign, spearheaded by the Coalition for a Tobacco-Free Hawaii’s Youth Council, received more than 120 endorsements from organizations and community leaders and generated hundreds of pages of testimony. Sadly, HB276 failed to receive a Finance hearing and died before crossover. SB1009 successfully passed all of its Senate committees and crossed over to the House. The bill passed three House committees before being deferred in Finance, its final committee, effectively killing the bill for this session.

E-cigarette Regulation – The sale of vaping products remains largely unregulated in Hawai‘i and nationally. SB1405 and HB1574 would have regulated vaping as tobacco products through taxation, permitting and licensing, and online sales restrictions. HB1574 failed to receive a Finance hearing and died, while SB1405 passed through both chambers and conference. However, significant changes were made to SB1405, which are quite concerning. The bill was stripped of necessary regulations, no longer establishing a tobacco tax on e-cigarettes or restricting online sales. New language was added to shift the responsibility on teachers and educators to confiscate items from underage users and create a $100 penalty or community service for youth possession. It also created an amnesty program that would allow youth to dispose of their e-cigarettes without penalty. The Coalition is concerned by the changes made to this bill, as it shifts the responsibility away from the industry that profits from irresponsible marketing and targeting while penalizing the youth that may already be addicted to these products.

Both measures were modeled after tobacco policies used on cigarettes that have proven to be effective at reducing the smoking rate. Although both bills made significant progress this session, in large part due to the significant action taken by many advocates this year, Big Tobacco’s influence still exists at the legislature. Similar to what we’ve seen with cigarettes, the industry is working to delay or block legislative action. In the meantime, Hawaii’s youth vaping epidemic continues to escalate. We are already planning for the next legislative session, and we need all the help we can get. Join the fight and volunteer to serve on our Policy Workgroup by clicking here.

Healthy Eating, Active Living
Healthy by Default – Great news! SB549, which makes the default beverage offered in children’s meals in dining establishments a healthy beverage instead of a sugary drink, has been enrolled to the Governor! Although both house bills died, SB549 made it through all committees and received no testimony in opposition. The Senate accepted the amendments made by the House, which helped the bill avoid conference.

Double Up Food Bucks – Another win for advocates was the passage of SB390! This bill helps those on SNAP (Supplemental Nutrition Assistance Program), previously known as food stamps, to receive double credit when they use their SNAP benefit towards the purchase of Hawaii-grown fruits and vegetables. The creation of a Double Up program would help low-income families bring home healthy food, as well as helping to support local agriculture. While the original ask was $1 million, in conference the legislators negotiated to appropriate $50,000 per year for the next two years to expand the program in our state. Even more exciting, these funds could potentially be matched with federal funds, thus increasing its impact.

Similar to our tobacco work, HIPHI also convenes the Obesity Prevention Task Force, which works on issues relating to healthy food, sugar-sweetened beverages, and improving the built environment. To volunteer and serve on the Task Force, click here. 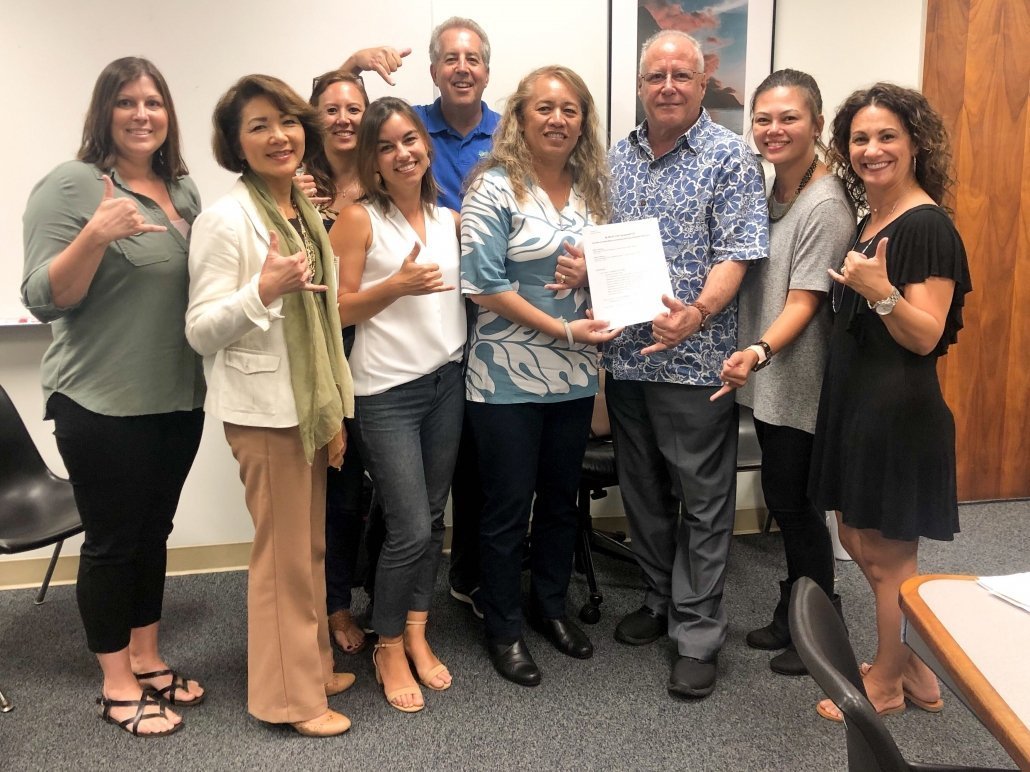