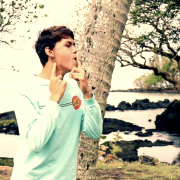 Since Memorial Day weekend, HIPHI has had two youth-produced video PSAs, ‘Formaldehyde’ and ‘Vapehead’, serve as the cornerstones for the launch of our 808NOVAPE e-cigarette counter-marketing campaign aimed at teens.

This opening salvo began playing during the preshow at select Consolidated and Regal theaters across the state.  Over a 16-week span, one of those ads was shown 860 times on 172 screens each day, accounting for a total of 96,320 times over the course of a very busy summer filled with blockbuster hits like The Avengers, Deadpool 2, and the latest Star Wars film, Solo.  The approximate number of moviegoers per week across 16 theater locations was 186,000!

The second phase of the 808NOVAPE campaign launched over the months of July and August on two popular social media platforms, Snapchat and Instagram. Both platforms having approximately 130,000 youth users in Hawai‘i between the ages of 13 and 21. The social media campaign was built around three videos, the two that were running in theaters and a third video, ‘Vapesplosions’, which compiled several clips showing the explosive power of electronic smoking devices as they malfunction.

On Snapchat, only five seconds of each video is played, giving viewers the choice of “swiping up” to take them to the 808NOVAPE website in order to watch the full video. The number of users who swiped up to view the full video and browse through the website was 39, 100!

On Instagram, users were presented with the full versions of the videos resulting in 40,230 video views, 3,572 post loves and 1,430 post shares! The number of youth engaged via the 808NOVAPE social media campaign totals 79,408, which amounts to 57 percent of youth using social media in the state of Hawai‘i between the ages of 13 and 21…and we’re just getting started!

In August, we started our radio campaign airing 808NOVAPE PSAs on five radio stations across the state: Da Jam98.3 & HI92 on Maui,  KBIG and The Beat on Big Island, KONG FM and 95.9 Da Paina on Kauai, and 102.7 Da Bomb on Oahu.  These ads will continue airing until late November 2018. Also be on the lookout for an 808NOVAPE billboard and floor ads in select shopping centers by mid-September.

For the latest 808NOVAPE videos and content check us out online at www.808novape.org.