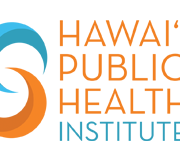 If you could stop a teen from being injured in a car crash, beat up or sexually assaulted, would you?

It’s an easy answer: we all would. We care deeply about our children, grandchildren, nieces and nephews, friends and neighbors. Protecting our family, friends, and community is the most important thing many of us can think of.

If you could help prevent underage people from drinking at house parties, would you?

This is harder to answer. Many associate alcohol with celebrations, fun, excitement, sex, and belonging. When it comes to young people, many of us turn a blind eye on their use of alcohol as a rite of passage, a learning experience, or just a normal part of the culture growing up here.

Unfortunately, there is a dark side to underage drinking. Teen alcohol use facilitates fights, car crashes and sexual assaults, forever altering or ending the lives of young people just as they begin. Homes, the most common place that youth drink in Maui, are usually the setting for these consequences. An informal survey conducted by the Maui Coalition for Drug-Free Youth (MCDFY) among 449 youth found that three out of four Maui youth surveyed report that house parties are where binge drinking occurs, with nearly 50 percent reporting that fighting is common, and 18 percent reporting knowing someone who has been sexually assaulted at a house party.

Some parents, recalling an earlier time with vastly different risks, think that homes are the safest place for young people to drink. Homes, however, are actually the high-risk setting where many tragedies begin. When young people drink and drive, it is often between homes. A recent parent survey conducted by MCDFY suggests that parents feel strongly opposed about underage drinking when they think about it happening at another house: 91 percent of Maui parents surveyed (209 of 230) did not want their kids drinking at other peoples’ homes. And yet, a culture of house parties persists.

Recognizing the impact of underage drinking on our community, as well as readiness to address the issue, the Maui Coalition for Drug-Free Youth worked diligently for over three years to craft a solution. The widespread nature of underage drinking at house parties indicated that change was needed on the environmental level, leading the coalition to work on a county-wide policy.  Now in the final stages of refinement, the Maui County civil social host ordinance would be the first of its kind in Hawai‘i.

If passed, the social host ordinance would complement the existing criminal laws against underage drinking and providing alcohol to minors, by providing a civil avenue (no court date, no arrests, no criminal record) to deter the environment for underage drinking. It would enhance the existing education of youth about the dangers of underage drinking already being done by the Paia Youth and Cultural Center, Maui Youth and Family Services, Maui Economic Opportunity, and others, by providing an environment outside the classroom that upholds the values taught within it. It would strengthen the ability of Maui Police Department to prevent underage drinking, before another one of our young people suffer a sexual assault, or get into a car with a drunk driver, or meet one on the road.

Social host ordinances across the country have been shown in meta-analysis to be effective at reducing house parties. It’s logical: a safe physical and social environment protects our keiki and helps them to thrive. We care so deeply about the future of young people here in Hawai‘i. Let’s keep parties about the music, food and friends, and keep our ʻohana just a little bit safer.

The Maui Coalition for Drug-Free Youth will present to the Maui County Council’s Government, Ethics and Transparency Committee on the proposed social host ordinance on October 6 at 9 AM on BlueJeans (agenda and meeting link here).