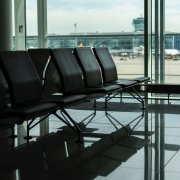 Hawaii Gov. David Ige extended the state’s mandatory 14-day quarantine for all arriving travelers on Wednesday in a bid to keep coronavirus cases in the islands low.

Ige said the rule is being extended to the end of July as the state works to solidify a screening process that could soon allow travelers to return in some capacity.

Officials said they are planning to install thermal screening stations and facial recognition technology at the airports by the end of the year. Ige said the technology would be used only to track people within the airport during the screening process.

Hawaii has among the lowest COVID-19 infection and mortality rates in the nation. Ige enacted a mandatory self-quarantine for all arriving tourists and residents in March.

Some violators of the quarantine rules have been charged including a resident who was arrested this week after she was found to have left her home in Waikiki.

Officials said the state’s inter-island quarantine rules will be lifted next week, but anyone with a temperature over 100.4 degrees will not be allowed to fly.