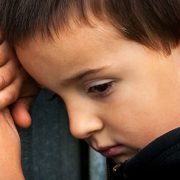 House Health Care Bill Benefits Wealthy at the Cost of Most Vulnerable
Statement of Jessica Yamauchi, Executive Director, Hawai‘i Public Health Institute
Republicans in the U.S. House of Representatives just voted to throw more than 24 million Americans — 86,000 of whom live in Hawai‘i — off of their health care coverage. They did so without even having the bill evaluated by the Congressional Budget Office, a nonpartisan body responsible for “scoring” bills to see what their financial (and human) cost would be.
Today’s vote is an attack on our values. It proposes that we return to a time when women had no access to maternal care under their insurance plans and when the poorest among us are left completely without care. And to add insult to injury, the plan would take the “savings” and redistribute it to the wealthiest Americans.
We stand with the majority of Americans in opposition to this deeply misguided legislation and in support of maintaining the Affordable Care Act, while working to bring costs down.
More on the Republican House Health Care Bill and what it means to Hawai‘i:
1. The Prevention and Public Health Fund, which has injected critical funding into initiatives proven to reduce tobacco use — including a requirement that insurers cover tobacco cessation treatments — would be eliminated. This cut would likely eliminate the Center for Disease Control’s highly effective Tips from Former Smokers media campaign, which has thus far successfully helped more than 500,000 smokers quit and saved at least 50,000 lives.
2. States could opt out of requiring insurance plans to cover “essential health benefits” and could now charge different prices for these services based on one’s health history. This means that plans could return to not covering maternity care (88 percent didn’t provide this coverage before Obamacare.)
3. After 2019, no newly eligible people, under the Obamacare threshold, could receive Medicaid benefits and it would become easier for states to remove people from Medicaid, charge premiums, and cut benefits for children. Roughly 14 million Americans who have insurance today are expected to become uninsured by 2026 because of this provision.
4. The “savings” from these cuts will be redistributed via tax cuts to the wealthiest Americans to the tune of about $883 billion.
5. Sick people whose coverage lapses can be charged much, much higher premiums when they try and secure or continue insurance coverage.
6. Under Obamacare, older Americans can currently only be charged three times what is charged for younger Americans. The Republican House bill increases that to five times, which will push some out of the market completely. More of our must vulnerable will likely become uninsured.

7. Disabled children could lose access to special needs staff and services at school due to the cuts to Medicaid.

More on what Hawai‘i stands to lose