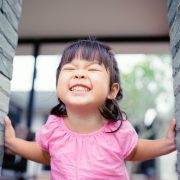 HONOLULU, FEBRUARY 6 — Nearly 8 out of 10 parents (77 percent) support healthy default beverages in children’s meals at Hawai‘i restaurants, according to a recent public opinion poll conducted by Hawai‘i Public Health Institute (HIPHI). The results show support for two pieces of legislation that are being heard this legislative session, House Bill 1711 (HB1711) and Senate Bill (SB2056), which would require the default beverage in children’s meals to be water or milk. Parents would still be able to purchase sodas and other sugary drinks for their children, but only upon request.

“The legislation would help instill healthy habits among our keiki, and support parents in making healthier choices for their children,” said Dr. Virginia Pressler, Director of Health. “It also provides an opportunity for restaurants to play a role in improving the health of our youngest residents.”
Replacing sugar-sweetened beverages for healthier options as default beverages in children’s meals is a strategy successfully adopted by cities across the nation to decrease childhood obesity and chronic disease. Studies show that people are likely to stick with the default options presented, instead of choosing an unhealthier drink. Instilling healthy habits at an early age has been shown to lead to healthy habits later in life.
Sugar-sweetened beverages are a major contributor to obesity, type 2 diabetes, tooth decay, and other chronic conditions. By the time Hawai‘i children reach adolescence, they are drinking an average of 8.4 servings of sugar-sweetened beverages each week, with consumption among some groups as high as 13.2 servings per week. Over half of Hawai‘i adults are overweight or obese, and half have prediabetes or type 2 diabetes.
Costs associated with obesity and diabetes continue to rise; each year, the state spends an estimated $470 million on obesity-related medical costs and $770 million on diabetes-related medical costs. “Hawai‘i residents and families will soon be unable to pay for health care,” says Gordon Ito, Hawai‘i Insurance Commissioner. Projections show Hawai‘i health insurance premiums rising to $14,000 per person and $42,500 for a family of four in the next eight years. “We need to focus our attention on how to bend the cost curve before it’s too late. Legislation such as healthy default beverages for children can improve the overall health of the population. It’s a step in the right direction.”
Commissioner Ito has also publicly stated that he supports approaches to addressing obesity, such as a fee on sugar-sweetened beverages, as a means to curb Hawaii’s skyrocketing health care costs (“Health Care Concerns” Editorial (2018, January 14), Honolulu Star-Advertiser). And Hawaii’s public agrees: Poll results show that 8 in 10 parents (80 percent) support a one-cent per ounce fee on sugar-sweetened beverages if the funds are dedicated to improving physical education and oral health for children, and on programs that prevent diabetes, obesity and heart disease. Nearly 8 in 10 parents (77 percent) said they would support a two-cent per ounce fee.
So far, nine cities have enacted a sugary drink fee, all ranging between one and two cents per ounce. A 2016 study by UC Berkeley showed a 21% drop in consumption of sugary drinks in just the first year of Berkeley’s one-cent per ounce tax. Another 2016 study, published in the American Journal of Public Health, showed a 26% decrease of soda consumption and a 63% increase in water intake.
Countries are also taking action. Mexico implemented a 10 percent tax on sugar-sweetened beverages in 2014, resulting in a decrease in sales of sugary drinks and an increase in water purchases. Hungary and France implemented taxes on sugary drinks in 2011 and 2012 respectively, with both resulting in decreases in sugar-sweetened beverage consumption. In 2018, new taxes on sugary drinks will go into effect in England, Ireland and the United Arab Emirates.
The poll was conducted November 13 through December 2, 2017 among 804 Hawai‘i registered voters by telephone. The margin of error was plus-or-minus 3.3 percent.
For more information on HIPHI’s priority legislation for the 2018 session, please visit https://hiphi.org/policy/.
Hawai‘i Public Health Institute (HIPHI) is a hub for building healthy communities. HIPHI helps others build capacity by providing issue-based advocacy, education and technical assistance through partnerships with government, academia, foundations, business, and community-based organizations.
February 6, 2018/by HubforHealth
https://www.hiphi.org/wp-content/uploads/2017/12/Oral-Health-HIPHI.jpg 800 1200 HubforHealth https://hiphi.org/wp-content/uploads/2016/08/HIPHIWebLogo.png HubforHealth2018-02-06 08:05:322018-02-06 08:05:32New poll shows strong support for policies that reduce sugary drink consumption by keiki
Image Gallery: 2018 Opening Day