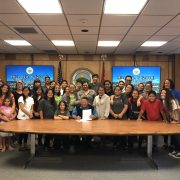 Maui County Council unanimously passed Bill 6, which prohibits smoking in vehicles when persons under the age of 18 are present, on February 2, 2018. The bill will go into effect on July 1, 2018.

After more than five years of efforts on the part of the Coalition for a Tobacco-Free Hawai‘i (Coalition) and community partners, Maui County has, at last, joined the rest of the state by passing a bill to protect kids from secondhand smoke in cars!

Approximately 100 Maui County youth participated in the legislative process, at times filling the Council Chamber to demonstrate their support for this law. The Council applauded their efforts and showed their support in turn by voting unanimously in favor of the bill.

The Smoke-Free Vehicles with keiki law began as a Coalition initiative, but it became a youth movement. The local tobacco coalition for Maui County (representing Maui, Molokai, and Lanai) held it’s first ever Youth Planning Meeting in the summer of last year. At that time, the youth, comprised of the Maui Economic Opportunity (MEO) Youth Leadership and the Maui Nui Youth Council (MNYC), chose Smoke-Free Vehicles with keiki as their priority issue. Councilmember Yuki Lei Sugimura was present at that meeting and decided to champion the bill on their behalf.

The MEO and MNYC youth went on to deliver powerful testimony at the initial committee hearings, which inspired Kamehameha High biology students to join in the effort. The students conducted research into the effects of smoking and vaping in an enclosed space and the negative health consequences this can have on keiki. Representatives of the group provided testimony in support of the bill, citing their research, at the first and second readings by Council. 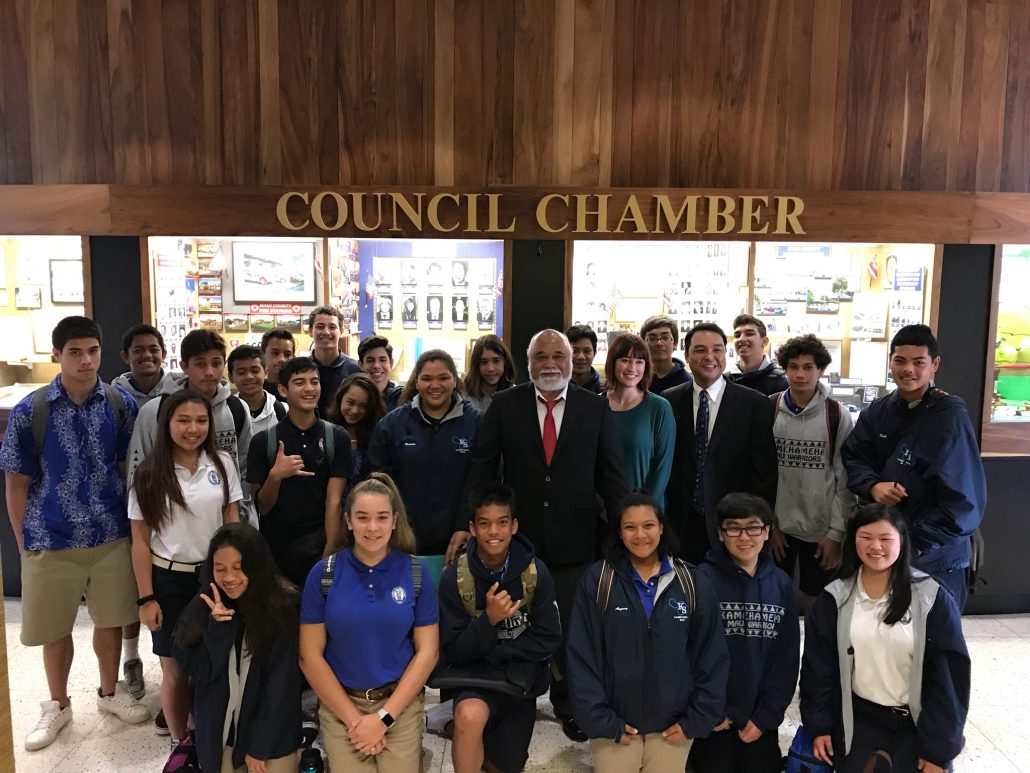 Following the second reading on February 2, 2018, the Maui County Council voted unanimously in favor of Bill 6, which prohibits smoking in a vehicle when minors under the age of 18 are present. Bill 6 was signed into law by the Mayor on February 15, 2018, and will go into effect on July 1st of this year. Citations will be issued by the Maui Police Department Traffic Division as on-sight violations, similar to cell phone use violations, and will come with a steep fine of $200.

While it took many years and a lot of hard work on the part of the Coalition and our many partners in the community, in the end it was the youth themselves who achieved this victory. It will be their legacy that Maui County now has these protections in place. Smoke-Free Vehicles with keiki will not only protect their own health and the health of their peers, but also generations of keiki to come.

Growing state-level support for farm to school
Scroll to top