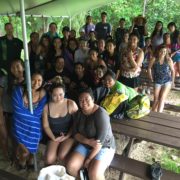 On August 13th, the Coalition for a Tobacco-Free Hawai‘i (CTFH)  held a Youth Council retreat at Secret Island Beach on Oahu. A total of 44 participants took part in the event representing O‘ahu , Hawai‘i Island, Kaua‘i, Maui, and Moloka‘i. The retreat was held to thank veteran Youth Council members for all their contributions during the 2015-16 year, but also as a kickoff event for 2016-17 year. Participants and staff met at Mōli‘i Gardens to take a short catamaran ride across an ancient fishpond to the majestic Secret Island Beach where the day’s activities began.

Youth Council members participated in many fun-filled, team-building and bonding games. Staff from Kualoa Ranch started the morning activities by facilitating a sound and movement activity. Participants stood in a large circle where they took turns choosing a physical motion and a sound to act out. After each participant did a sound and movement, the rest of the group all mimicked in unison. This activity helped set the stage for the rest of the morning by encouraging participants to step out of their comfort zone, doing something spontaneous in front of the rest of the group. The Kualoa team facilitated three other challenge activities in the morning that fostered trust and required participants to work together to accomplish a goal not possible when working alone.

During and after lunch, participants had some free time to play in the water, kayak and relax in hammocks before returning to brainstorm their visions of what contributes to a healthy community. Expert facilitator Dave Nakashima helped guide the conversation and worked with participants to talk story. Among the discussion, participants discussed their concerns of how e-cigarettes are being used by peers in school and how they want to influence healthier communities through action. 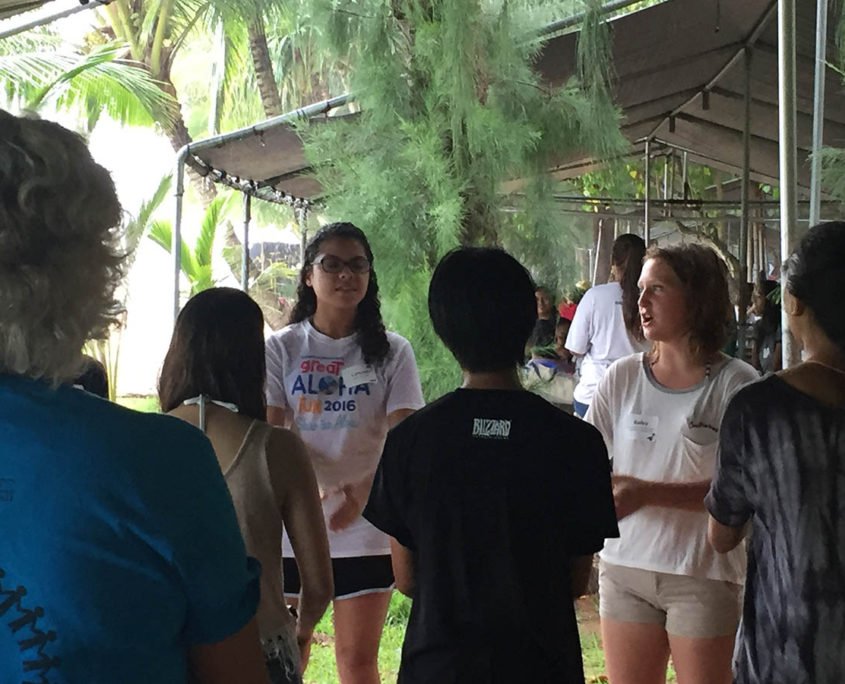 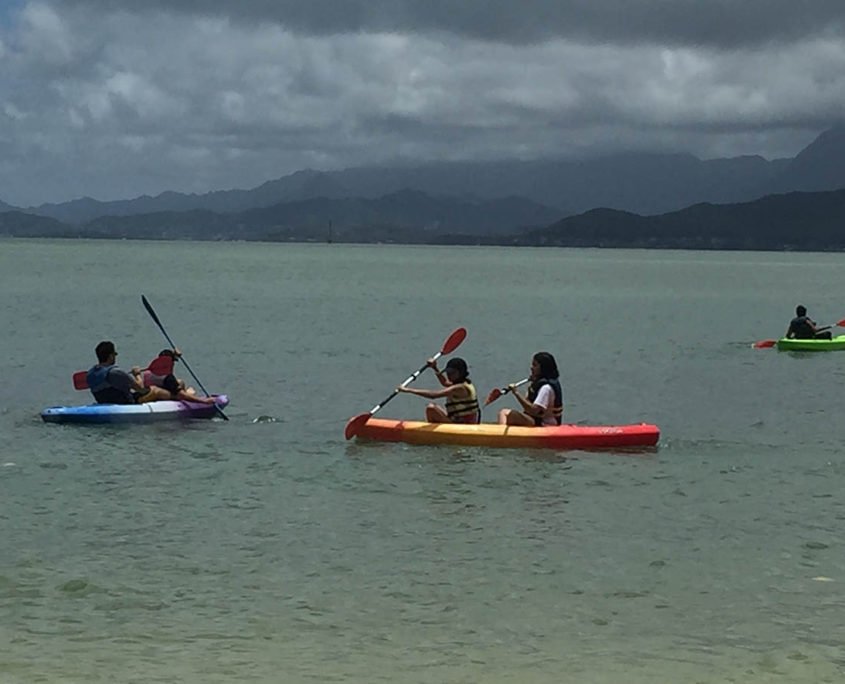 Photos: Visit to Ho‘okua‘āina in Maunawili
Scroll to top